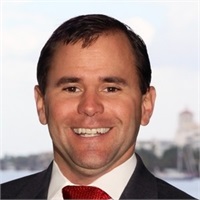 Leo Frederick Sage, IV is a Graduate of Old Dominion University (Norfolk, VA).  He obtained a Bachelors of Science in Business Administration with a concentration in Corporate Finance in 1997.  His Financial Services career began at Instinet (New York, NY) working with developers on the “Instinet R&A” application for the companies trading platform.  Fred moved to Greenwich, CT where he was a founding partner of Convertbond.com, a convertible bond research portal.  Convertbond.com was acquired by Morgan Stanley's Institutional Equities Group in 2000.  In 2003 Fred began his career in retail investment management with Washington Mutual Bank / WaMu Investments.  In 2008 he went to Bank of America Investments / Merrill Lynch, where Fred and David worked until they joined Wells Fargo Advisors in 2011.  Currently, Leo is an Investment Advisor with LPL Financial.

Fred lives in Deerfield Beach, Florida.  He enjoys volunteering at his Church and children's school.  You might find Fred sailing his catamaran “The General” with his friends and family off of Delray Beach on the weekend.  Fred also was awarded a blue belt in Brazilian Jujitsu he practices two to three times a week at Rodrigo Mendez Brazilian Jujitsu in Delray Beach, Florida.